On-Site magazine announced the finalists for its 2019 Canadian construction photo contest, featured in its February issue, as well as online. Excellent news, two projects currently being carried out by our teams are among the six handpicked finalists: the Albert-de-Niverville (P4) parking lot at Montréal-Trudeau and the Douro dam reconstruction on the Trent-Severn waterway in Ontario. A glimpse into Canada’s top projects through the lens of the site teams.

Aéroports de Montréal (ADM) awarded EBC the construction project for the Albert-de-Niverville (P4) multilevel parking structure at the Montréal-Trudeau Airport. Over 80,000 m3 of concrete were poured, several in difficult winter conditions. The team successfully rose to the challenge, all without much inconvenience to travelers.

Through the repair program of Parks Canada’s various structures, the Douro Dam reconstruction project consists in the replacement of the entire existing dam structure, including the deck, piers, abutments, stop logs, spillways, upstream and downstream wing walls, and east and west approach slabs and all temporary works.

The On-Site team received dozens of jaw-dropping shots taken at construction sites across the country in 2019.

Thank you to photographers Bruno Petrozza and Peter Riedel who distinguished themselves by their talent and their creativity. Congratulations to our teams who make EBC shine through their outstanding work! 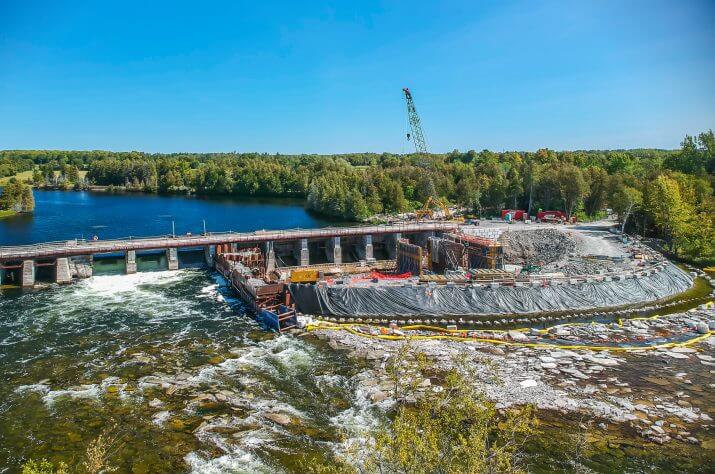